Skip to content
Louis V. “Skip” Pauzano, 88, of Lansdale, died Sunday November 17, 2019 at Gwynedd Healthcare and Rehabilitation Center, Lansdale. He was the beloved husband of Anna M. (Pata) Pauzano for 63 years.  Born June 17, 1931 in Philadelphia, he was the son of the late Louis A. and Angelina (Manzo) Pauzano.
He served in the United States Army during the Korean War.
He worked for many years in sales with the former Standard Pipe and Supply and the former BBL Company. He was a member of Corpus Christi Catholic Church, Lansdale and was a 4th Degree Knight of Columbus.
Surviving with his wife are sons, Steven Pauzano, wife Nancy of Glenolden, and Robert Pauzano of Lansdale; grandchildren, Nick Pauzano, Joseph Pauzano, Christina Carr, and Angelina Pauzano; and niece, Jo Ann Prego. He was predeceased by his daughter-in-law Pamela Pauzano and a sister, Frances Frizziola.
In lieu of flowers, memorial contributions can be made to St. Jude Children’s Research Hospital, 501 St. Jude Place, Memphis, TN 38105.

On Saturday, April 13th, we gathered at the Father Doyle Social Hall for our annual awards night.  Congratulations to all who were recognized for helping our council achieve its mission of service and charity to our parishes and the community. 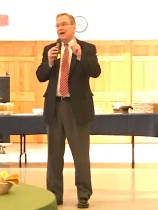 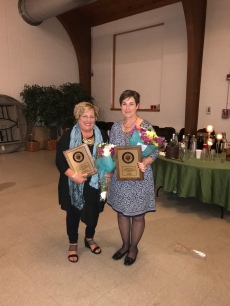 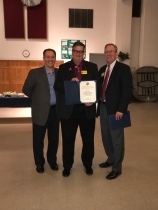 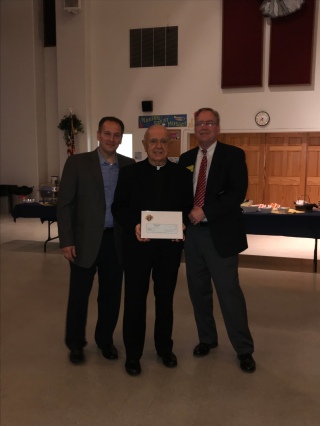 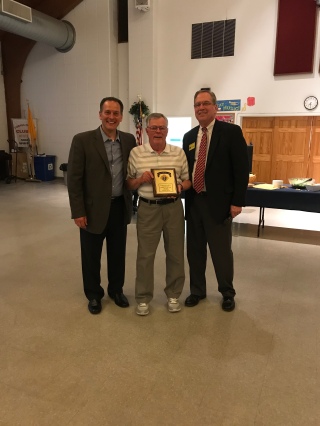 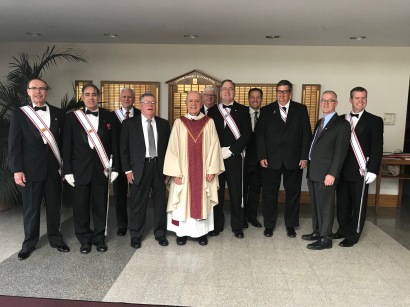 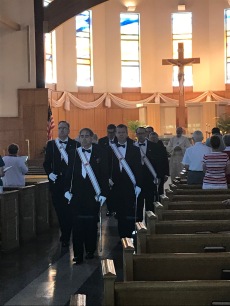 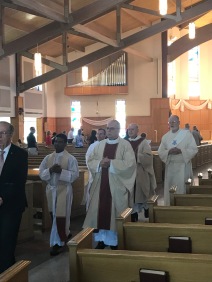 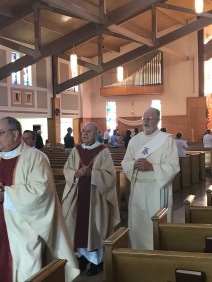 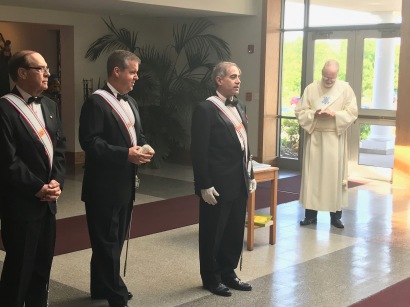 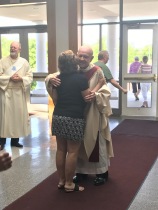 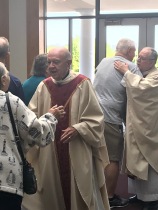 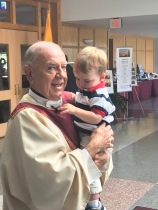 Brothers,
On Monday – 10/2/17 – Our October regular general meeting will have some special events and fanfare that everyone should attend and enjoy.
6:30pm – Outside the Corpus Christi Chapel we will join with the the Corpus Christi Respect Life Committee to conduct a live Rosary followed by Benediction. Please invite your family and friend to join us.
7:00pm – Inside the Corpus Christi Chapel – Knight of Columbus Installation of Officers led by Monsignor Thomas P. Flanigan. I suggest all officers wear a suit or sports coatYes, your family and friends can be a part of this solemn event
7:30pm – Our Monthly general membership meeting in meeting room A at Corpus Christi. (Sorry, only Knights can attend this meeting)
This will be an important meeting for the upcoming schedule and recruitment drive.
Don’t forget our Football Sweepstakes Fundraiser is coming to a close. If you took tickets to sell, please bring your ticket stubs and money to the meeting. If you cannot make the meeting, please contact Jim Rebarchak at 215-872-8359, so you can arrange to drop off your money and ticket stubs.
We appreciate your support. I look forward to seeing everyone at the Live Rosary, Installation of Officers and our General Meeting.
Yours Truly,
Tom McHenry – Grand Knight

Father Kelly, who is the only priest we know that served both St. Rose of Lima and Corpus Christi, has passed away. Please remember him in your prayers and look for further announcements on the funeral arrangements.

Everyone our Council Awards Night night is next Saturday April 1st at 6PM. It will be in the Father John E. Doyle Social Hall at Corpus Christi. Cost is free but we are accepting donations for the ARC instead.

Thank you for all that participated in this year’s Trivia Night.  Here are the results and some pictures:

It is with great sadness that I send this email informing you all of the passing of Sir Knight James Thompson. Jim was a charter member of our Council and a long time member of the order. This past January Jim celebrated is 57th Anniversary with the Knights of Columbus.  Jim became a fourth degree member of the order on May 1, 1989.

Please pray for the soul of our departed brother Jim, may his soul and the souls of all the faithfully departed rest in Peace Amen.  Please also keep Jim’s wife Barbara and their family in your prayers during this difficult time.

I will send out additional details about the viewing and services as soon as I have more information.

Rudy will coordinate and communicate your Degree Exemplification with the participating Councils:

Please note that if more than one Degree is offered by a Council on the same date, Brothers can attend just the Degree for which they have interest.

Please RSVP as soon as possible to Rudy Usic.  rudyusic@verizon.net

Your action is needed to end taxpayer funded abortions!

On Tuesday, the U.S. House of Representatives will vote to permanently ban all taxpayer funding of abortion. We urge you to contact your member of Congress to express your support for this important legislation.

In 1976, our brother Knight Congressman Henry Hyde introduced a provision which prohibits any funds from Medicaid being used to pay for abortions. In the last 40 years, the Hyde Amendment has been renewed annually and has saved more than two million lives!

The important legislation that needs your support will make the Hyde Amendment permanent and will apply it across the federal government, not just to Medicaid. This will save even more innocent lives!

At our 134th Supreme Convention, we resolved “to speak out to our elected representatives about the need to enact legislation protecting human life.” I urge you to take that action today by contacting your member of Congress and telling them to vote YES on H.R. 7, the No Taxpayer Funding for Abortion Act.